In this episode, Colin and Elliot have the pleasure of interviewing Justin Spencer. Justin is the leader of the internationally famous band called Recycled Percussion. Through perseverance and athleticism, he was coined the “World’s Fastest Drummer” and took Recycled Percussion to the America’s Got Talent stage.   After being on AGT in 2009, they landed a headline show on the Las Vegas Strip where we performed for 10 years. 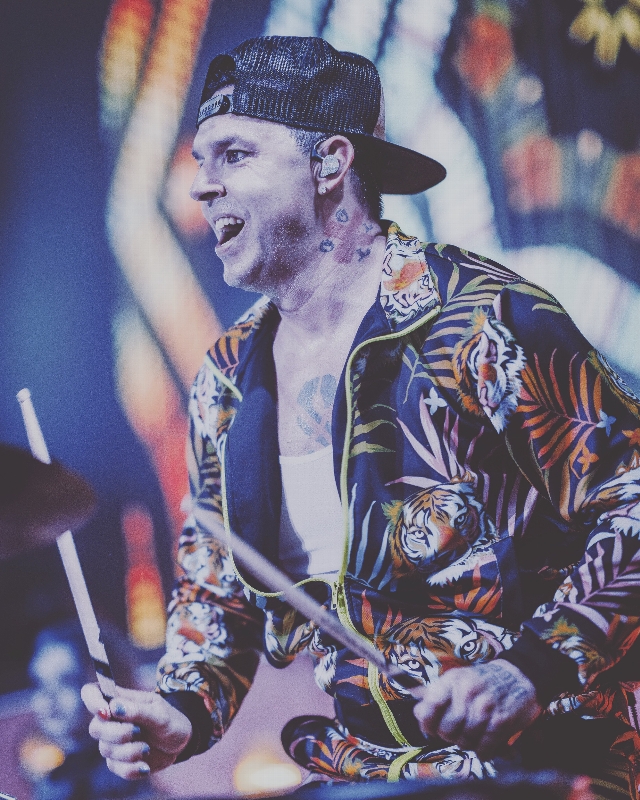 In 2016, Justin developed CHAOS & KINDNESS which launched as a global television show dedicated to showing the chaos of a rock band integrated with spreading kindness across the world. He is dedicated to demonstrating that you can accomplish anything you focus on, and can overcome your fears while working through your own mental health setbacks while living a more positive lifestyle. He outlines this philosophy in his book, ONE LIFE ONE LEGACY.

Away from creating or executing, he’s either training in the gym or on the road. To burn energy and steam and to keep creativity flowing, he remains a competitive CrossFit athlete and an Ironman competitor. It’s important to him to push himself to the limit, especially when he can positively impact others by doing so. Justin is father of two beautiful daughters and am dedicated to teaching them that giving back and exhibiting kindness creates a better world. Through the IRONMAN Foundation, Justin raised over $50,000.

Justin signed up for his first triathlon at Timberman 70.3 and shared his experience through his YouTube channel. He also recently completed the Ironman World Championship in Kona which we discuss in detail! Enjoy the listen!